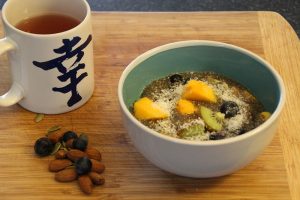 Check out this delicious gluten free muesli, super nutritious and easy to make

Note:Recommend organic ingredients where possible. Why? Well organic means no herbicides, pesticides or chemical fertilisers are used meaning your food is toxic free and grown sustainably

If you have a favourite recipe that is super health you would love to share we would love to hear from you and we promise we will attribute the recipe to you.

Highlights from the rest of the book:

We're not around right now. But you can send us an email and we'll get back to you, asap.